halloween gives kids ideas about there being magic – name a book that is full of magic | I read this in two sittings yesterday and McGuire charmed me again with their brilliant imagination. Somehow the author is able to create something fantastically unique while still including teachable moments and relatable ideas.

halloween is cool! – name one book from your october tbr | I loved the debut by this author so I immediately picked up this short story when I noticed its existence. It’s short but packs a punch, and I believe this author is going to become one of my favorites because of that. Her writing style sells everything for me, so if you’re a writing style reader (as opposed to plot or character) you’re going to love this.

nobody really appreciates my taste in weird stuff – name your favorite underrated read | In terms of average rating, Treasure has a 3.45 average on goodreads so it is definitely underrated, but in terms of underread, The Little Girl on the Ice Floe by Adelaide Bon has only been read by 370 goodreads users while this book has been read by 422. If I had to insist you read ONE book from this list or from any I’ve read this year, I would recommend this one as it truly does celebrate intersectional identities in fat bodies.

the cromwells are powerful witches, and it took the power of all of them to defeat the evil – name a powerful fictional family | The love interest’s father is a devil-equivalent who judges the morality of others when they enter the afterlife. The love interest is one of his sons and is attempting to become his successor. While I decided not to continue with this series, I enjoyed volume 4 very much and imagine I will return to the rest of the volumes someday.

halloweentown was written about in a book, so maybe it’s real, maybe it’s not – name your favorite nonfiction or historical fiction book | My Lady Jane by Hand et al. was definitely a favorite work of historical fiction, but since I included it in my last tag, let’s go with this one which is historical fiction about the horrendous state of “mental health care” in the Victorian era. I loved it and I love the author.

mayor kalabar wants revenge – name a book that you thought you would enjoy but ended up not | Alex, Approximately by Jenn Bennett was probably the biggest disappointment of the year for me. It was unnecessarily long, predictable, didn’t evoke any emotions in me, and didn’t have the charm I’ve come to demand from YA contemporary romances. I still don’t understand what folks enjoyed about it. What I recommend instead of this is depicted on the left as this novel could have been mediocre but just had that little something extra to make it special for me.

instant witch’s brew, sometimes it works, sometimes it doesn’t – name your favorite or least favorite book under 200 pages | this 61 page intro into the series was a very unexpected delight for me and I hope the actual series is just as good.

time works differently in halloweentown –
name a book that was so good it made time stop | the US cover of the novel shows triggering imagery so I’m sharing the Romanian cover instead. Very rarely does a work pull me in and mean so much to me that all I can think about is the story itself and not how it’s a piece of art someone created I am reviewing. It’s definitely one of my favorite novels now.

mortal see, mortals do – name a book with non-human character interacting with human characters | I can’t recommend Rolling in the Deep by Mira Grant because I don’t think these interactions count, and I already recommended Into the Drowning Deep last time. Anna Dressed in Blood by Kendare Blake has a ghost interacting with humans, but I don’t recommend that at all. Instead, I’ll recommend the depicted on the right and basically anything else the healthy and creative mind of the author creates.

luke helps save the day – name a character you thought was bad but ended up having redeeming qualities | this is an incredibly challenging question for me because I can almost always tell who the redemption arc is going to and that’s usually my favorite character and always my favorite arc. For example, Bette from Tiny Pretty Things is our token elitist mean girl so I knew from page 1 she was going to be reformed. I was also rooting for the princely brother in Of Fire and Stars but I recommended that one already. Fuck, this would be easier if it was reversed to be about characters I thought were good but turned out to be shittier. I had to scroll all the way back to my 2019 reads. While I knew Cardan was the love interest, I was not sure how he was going to be redeemed.

There are a few more questions, but I’m stopping here.

2 thoughts on “recommending books based on specific questions” 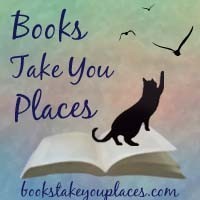 Up with an Owl

...the best activity happens at night.

My name is Tiffany! I am 22 and live in the uk! This is my blog all about books where i review books, give recommendations and just talk about books!! Come and read with me!!!

and the Kitchen Sink
It's A Madhouse!
Bookish Geek

Pages and Pugs
Sprinkles of Perfection

Finding the Perfect Among the Imperfect

From one corner of my library to the other, I read & review YA books, graphic novels, & more.

A Conjuring of Lit